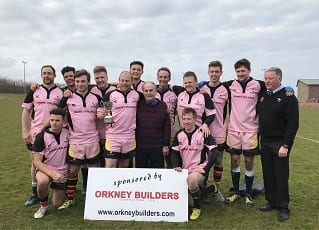 Rugby brings immense pleasure and a sense of community to millions of people, but occasionally, like other sports, it can result in injury, sometimes serious injury.

Hearts Ballsand Balls aims to ensure that, in times of need, those connected with rugby are supported by the wider rugby community.  The Hearts + Balls rugby playing intuitive ensures promotion of the charity through interaction with clubs, players, organisers, sponsors and communities to spread the great work of the charity and educate people on what the charity is all about.

In April of 2017 the charity played in the Melrose Vets 10s tournament prior to the famous Melrose 7s.  The 7 a-side team also made the trip to Orkney RFC to play in the 50th Anniversary 7s which they won.  Due to the great exposure and positive feedback received the charity has decided to enter three more tournaments this spring once again under the guidance of Bruce Ruthven.  The tournaments which we shall be visiting are as follows;

Players have been selected from clubs around the country at various levels of participation who will act as ambassadors for the charity whilst giving their all for the jersey.  We give thanks to the following sponsors for this springs rugby campaign;