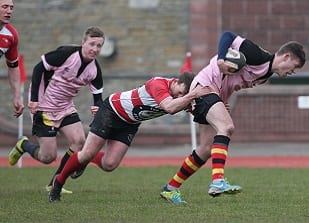 The London Lemurs embarked on their second season on the sevens circuit in their quest for success across Europe. The select team, consisting of players from across the UK, competed in 6 tournaments throughout the year and achieved huge success in winning the European Club Sevens Championships.

The Lemurs, led by Harry Campbell-Lamerton, began the season with the first leg of the European Championships that saw the team travel to the Inner City sevens on May 2nd. The Championship was based on a points system where both the tournament progress and the number of tries contributed to the overall standings. It was a great start for the team winning all three of their group games, scoring 133 points and conceding only 19 on route to the Semi-Finals. It was a closely fought game in the penultimate round, however, the team was narrowly beaten 17-24 by the Smashy Bears. The boys put that behind them and came back to claim a valuable third place in this opening tournament.

Next saw the Lemurs travel to the Milano Rugby Festival in Cernusco. Having narrowly missed out on winning the tournament the previous year, the Lemurs approached this leg of the Championships with their tails up. This weekend presents a huge test for the players with rugby being played over 2 days and prizes not just for the tournaments best performers but the festivals best social team. With that being said, the team once again breezed through Saturday’s group stages and qualified as one of the top seeds for a place in the quarterfinals on Sunday. Unfortunately the team was beaten at this stage but had shown some good rugby over the weekend.

The Lemurs lead the way going into the final leg of the Championships but after a good showing in the Plate, the Saxons had narrowed the gap between the two teams to just 13 points, which meant the winner of the Reykjavik 7s would win the series.

With a squad of 13 players ready to travel to Reykjavik, the team looked set for success. But like most rugby tours, it doesn’t always run as smoothly as you hope. On route to Luton Airport early Friday morning, there is a sudden realisation by one of the players that he left his passport in Manchester. This was made a whole lot worse when two more players, who ‘nipped to the loo’ just as we were boarding, where left at the Easyjet gate.

The tournament was structured into one group, with each team playing one another and the top two teams progressing to the final. The standard of rugby from some of the Icelandic team provided a couple of well-fought game but the Lemurs came out on top to the group stages. This set up a ‘winner takes all’ final against the England Saxons team which had displayed some excellent rugby and were also unbeaten. There was huge anticipation when both side took to the field and the Lemurs got the game underway. The Lemurs produced some flawless rugby scoring 4 tries in the first 4 minutes. The boys just kept piling on the pressure and went into the half 5 tries to 1 up. With the Championships in their sights, the Lemurs continued to throw the ball around and produced another quality half of sevens coming out eventual winners 8 tries to 2.