A tribute to David Mercer 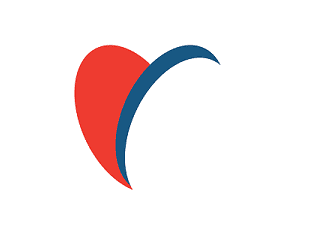 On January 20th, David Mercer passed away peacefully in his home. David was injured 50 years ago whilst playing for Broughton Rugby Club. David has been supported by Hearts + Balls and the Murrayfield Injured Players for several years.

Hearts + Balls will continue to support David’s wife Marie. The following is a tribute to David from his friend Howard.

Last February my wife and I, after visiting our son and his family in Dublin, took ourselves off to investigate parts of our native land with which we were not too familiar. We headed for the south-west and booked into a hotel in the little town of Kenmare.

As a rule we never have breakfast in a hotel but go instead to find a wee coffee shop nearby. This we did and were served by a lovely young lady. “Are you from Scotland?” she asked, noticing I was wearing a Ryder Cup polo shirt – not that she thought I was a member of the victorious team.

“We go to Scotland often,” she replied. “We love it. We have a great a pal in Edinburgh. In fact he broke his back playing rugby fifty years ago.”

Indeed we were! I was able to produce a photo of David on my phone, for David had asked to speak at one of the monthly lunches of EROS (the Edinburgh Rugby Oldies Society) a few weeks hence, to mark the fiftieth anniversary of his accident.

Doesn’t that wee story tell us so much about Dave? Firstly, that he was known and loved and respected in places far beyond these shores. But secondly that he was keen to share his lifetime experience with so many of his pals in the rugby world.

And this Dave did on the fifteenth of March last year. To an audience of well over a hundred folk, he entertained us, he enthralled, he inspired us, he made us feel very humble. I have to admit, I remember very little of the detail of what he said, for I sat in awe and wonder, totally gobsmacked by the fact that I was hearing not a word of resentment, of self-pity, of regret. There were no “if-only”s no “what I missed out on”s no “what I would give to play one more game of rugby.” Everything was positive. His words were full of gratitude, enthusiasm, and fun. It was as though he was telling us that his accident had been a plus rather than a minus.

Indeed I remember at a Broughton Rugby Club dinner many, many years ago, he proposed the Toast to the Guests and I replied. He paid me the compliment of saying that the one great advantage of his accident, for which he was eternally grateful was that he never had to suffer me as a referee!

Though playing rugby was no longer an option, the greater part of the life of club rugby, the off-the-field element, became a huge part of Dave’s commitment. His years of service to Broughton Rugby Club have been well marked. Nor did the end of his rugby career mean the end of Dave’s career as a competitive sportsman. Medals at the 1970 Para-Sport Commonwealth Games were to follow – Gold in the javelin, Silver in the discus, Bronze in the shot. (Try sitting in a chair sometime and throwing a javelin. I don’t think you’ll find it easy!)

Now, though I knew of Dave not long after his accident – one of my closest friends had played in that game in Hawick all those years ago – there was much that I did not know about Dave. I knew nothing about his early life or his life in business.

But help was at hand. On Friday I met with Norrie McLennan and Charlie Porteus. We entered the Café Royal in bright sunshine at a quarter past eleven and emerged in the gloom at a quarter to four. It was one of those glorious sessions that only happens once in a blue moon. We talked of people, of places, of games, of parties. We laughed, indeed the odd tear was shed, too. Before we left, I found myself saying, “Do you know, I had the strange feeling that it wasn’t just the three of us that were sitting here today. I sensed that Dave was here as well.”

Maybe that’s what resurrection is all about. Or maybe it was just the Guinness talking!

Thank goodness Norrie brought with him copies of the Broughton school magazine and some other notes as well, for much of Friday’s conversations had disappeared from memory by the time I came to write these sentences. I do however recall that as a schoolboy Dave was no angel. The word “torag” was used on more than one occasion. I heard that, even after his accident, parties in top floor flats proved to be no obstacle to Dave; his pal Peter Smith was there to provide the necessary transport.

One article in the school magazine recorded Dave’s academic progress on returning to school, progress which led to entrance to Heriot-Watt University and later to a degree in computer science.

Now computer science is to me like the Peace of God, for it passeth all understanding. And when Mike Norman talked to me about what David had achieved in his business career I was again lost in wonder, love and praise. Terms like “coloured book protocols”, “emergent internet protocols” and “performance testing tools” left me utterly bamboozled. But I learnt enough to realize that whilst working in university or in Scapa, Dave was a shrewd, imaginative and energetic operator, with great technological and commercial expertise. You don’t get awarded an MBE for “Services to computer software technology” unless you are at the top of your tree!

And what a great social life was being enjoyed whilst all of this was going on. Not only was he the Laird of Kenmare in Ireland, but he was also the self-appointed Laird of Espéraza in Southern France.

And when Dan Mulhall, now the Irish Ambassador in the United States, was Irish Consul, Dave became an honorary member of the Irish community here. In fact, he is credited with being the founder of the Irish Curry Club.

Behind all of this were medical issues, about which the vast majority of us I’m sure were unaware.

Until I talked to Marie last Wednesday I didn’t know that Dave had contracted Nectrolizing Faciitis or of the reconstructive surgery required. I didn’t know of the months of hospitalization and home care that ensued. I hadn’t heard about the accident last year in Cadiz which injured Dave’s wrists and curtailed his movement. Yes, I had read the medical notes that Marie had circulated before Christmas, but could I begin to comprehend the catalogue of suffering, disappointment and fatigue that Dave had experienced over the years? I could not.

How could a man carry this burden and remain cheerful? How could he bear the pain and not turn his face to the wall? Why did he refuse to throw in the towel?

Was he born with an indomitable spirit that did not know defeat? Was he simply as hard as nails, as tough as old boots, impervious to any hardship that might come his way? Was he the sublime optimist who always believed that life would get better? Probably all of these things.

But there is something else, greater than all that we have mentioned.

Dave made many clever and inspired decisions in his business life, but there is one brilliant decision that he made, which outstripped all others by a country mile – he married an Irish wife.

You have heard today not just the story of a brave and lovely man; you have been listening to one of the greatest love stories ever told.

Earlier, I read to you these words. You have heard them often. They were read at Dave and Marie’s wedding.

“Love is patient and kind; it is not jealous or conceited or rude; love is not ill-mannered or selfish or irritable; love does not keep a record of wrongs; love is not happy with evil, but is happy with the truth. Love never gives up; and its faith, hope and patience never fail.”

That is the love that Dave and Marie had for each other; the love that we have seen daily in action. How privileged we have been to witness these two lives.

We thank God today that He gave life to David. We thank Him for what David did with that life.

And we thank Him that He enabled David’s life to touch upon our lives, making us thereby infinitely richer.