And it’s all to raise money for rugby players who have suffered life changing injuries.

The Hastings brothers, who played a major role in Scotland’s historic 1990 win, were at BT Murrayfield today to launch the event which has been delayed for almost two years due to the pandemic.

Tickets are now available for the dinner which will take place on Saturday 21st May 2022 at the Edinburgh International Conference Centre.

The event to mark the 30th anniversary of the 1990 Grand Slam win has been driven forward by the squad’s winger Iwan Tukalo to help raise awareness and funds for Hearts + Balls, a charity which supports former players.

Gavin and Scott Hastings, two of the country’s greatest ever players, both played key roles in Scotland’s historic win against England to secure the Grand Slam.

Gavin’s chip ahead at the start of the second half led to Tony Stanger’s famous try, while Watsonian’s centre Scott Hastings made a magnificent try-saving tackle on Rory Underwood later on.

Gavin said: “To be able to look back on your career and know that you played on the same Grand Slam-winning team as your brother is beyond special.

“I’ve been looking forward to sharing stories and some friendly debate for more than two years – I can’t believe it’s almost here.”

Scott added: “Rugby has sorely missed these big group celebrations – and charities have been hit hard by not being able to utilise vital fundraising streams.

“Of course the evening will be incredibly enjoyable, but to be able to know that we’re making a real difference to members of the rugby community who need our support makes it all the more special.

“Hearts + Balls is an incredible charity that every single one of us is proud to be able to support.”

The Grand Slam-winning squads of both 1984 and 1990 will be in attendance at the event which will be hosted by Dougie Donnelly, who was an integral part of the TV coverage in both 1984 and 1990, and features music from 1984 Grand Slam winner John Beattie and his band.

Since Hearts + Balls was founded in 1999, it has provided more than £650,000 to rugby players who have suffered serious injuries. The support has ranged from property conversions to counselling.

Hearts + Balls Chair Kenny Hamilton said: “This celebration shows exactly what the Scottish Rugby community is made of. We can’t do the work that we do for injured rugby players without donations. These last two years have been tough as much of our fundraising activity has been curtailed, but this dinner marks our charity getting back on track after the pandemic- and what a way to do it!

“Hundreds of fans and former players will come together to celebrate two of Scottish Rugby’s best ever moments and share memories of the joy that rugby can bring. We just can’t wait.” 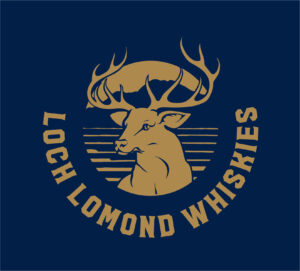