Home  /  News  /  RUGBY CHARITY ADDS MIGHT TO ITS SEVENS SIDE 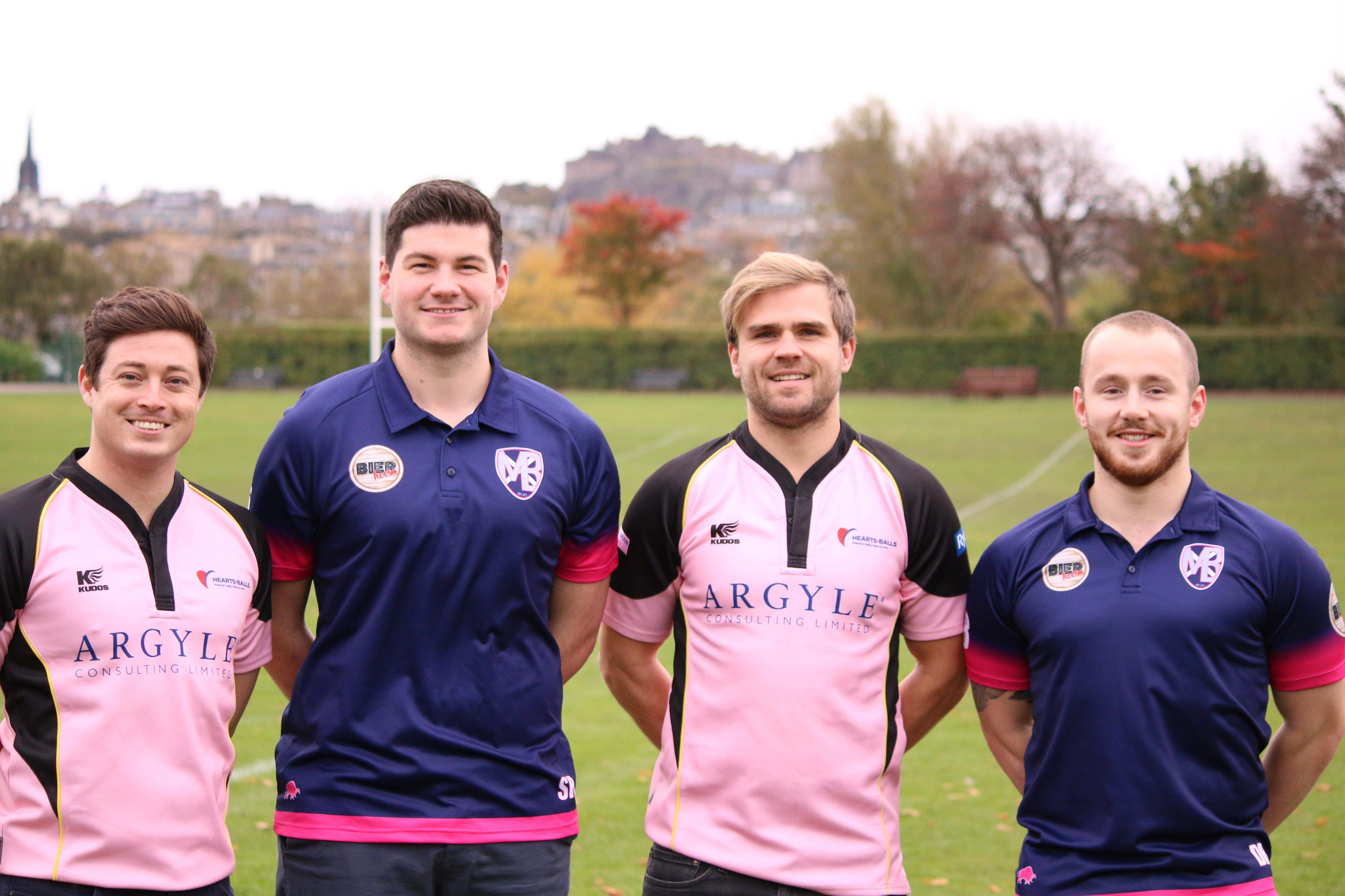 A pair of successful Scottish sevens rugby sides have joined forces to become a major player on the circuit.

Hearts+Balls and the Mighty Bovs are set to combine their support, player pool and resources   under one unified banner, Hearts+Balls MB.

The newly-established side will benefit from the coaching, guidance and experience of one of Scotland’s greatest ever players of the adapted format of the game, former captain Colin Gregor.

The country’s record points scorer, who represented Scotland at three World Cups and two Commonwealth Games, has joined the charity as an ambassador.

The charity established a sevens side in 2016 to raise awareness of its mission – helping members of the rugby community who need it most – to players and clubs across Scotland.

Under the watchful eye of former Melrose stalwart Bruce Ruthven, players from across the country have pulled on the pink jersey to help the fledgling side to impressive early showings, including victories at Orkney and Mull. The merger will allow Hearts+Balls access to a wider pool of players and to participate in at least ten tournaments every season.

Businesses across the country have shown their support for Hearts+Balls MB, with Argyle Consulting, CreamFloats, HIT, LIFT Gyms and Bierhoose, all sponsoring the side to boost its ability to spread the charity’s message far and wide.

Ewan McCorkindale, Director of Argyle Consulting said, “We have been involved with the Hearts+Balls seven since its inception. It is a fantastic initiative and we are very pleased to be the team’s main sponsor.”

Hearts+Balls chairman Kenny Hamilton has ambitious plans for the newly-formed side. He said: “The early trial of our sevens team has demonstrated a huge amount of potential. There’s a real appetite for the exciting brand of rugby they play and the message they promote on and off the pitch.

“Now, by teaming up with the Mighty Bovs, we can spread this message even further, entertain more people, raise more funds and ultimately, do more to help members of the rugby community who need our help. We want every single rugby player and supporter in this country to be aware of and engaged with our charity. I see no reason not to set our sights on, one day, performing in what I believe is the most iconic tournament in world rugby, Melrose Sevens.”

Euan Bowen, captain of the Mighty Bovs, said: “We all love playing rugby. Now we get to play rugby while helping people who need our support. What could be better than that?

“We’re a talented side and some very impressive players have turned out for both Hearts+Balls and The Mighty Bovs. Together, we’ll be a force to be reckoned with. We want to have fun and play great rugby. We’re very fortunate to be able to do that, and that’s why we want to help spread the message far and wide that every single person involved with rugby in Scotland has the power to make a real impact on the lives of players and past players who are struggling.”